Celebrities cashing in on wellness

Fair or not, most Hollywood A-listers require staying in shape. While many celebrities make it look easy, it takes a whole lot of sweat, dedication, discipline and more sweat. Luckily, increasingly big name celebs are now honest about all that it takes to look and feel their best. Mark Wahlberg details his rigorous workout schedule. Gwyneth Paltrow reveals the long list of supplements and powders she ingests every day.

And that’s not all.

A number of celebrities do more than just talking. Many are actually starting businesses and launching social media platforms to help us plebeians up our wellness games as well. And while they’re at it, we watch these celebrities cashing in on wellness

Here’s a look at wellness-conscious celebrities cashing in on wellness—and all about the ventures they’ve launched.

People may love to talk about actress-turned-business-woman, Gwyneth Paltrow. Likely because she’s not only a wellness industry leader but also an innovator and a perpetual game changer. In fact, recently she was featured on a New York Times conference stage. She was interviewed by Dealbook’s Andrew Ross Sorkin and sat alongside the likes of Bill Gates, Airbnb CEO Brian Chesky and Netflix CEO Reed Hastings. And why not? Goop, the company Paltrow quietly founded as a weekly lifestyle newsletter in 2008, is now a major brand. It’s globally regarded and valued at a staggering $250 million and counting.

Goop is now far more than a newsletter or even an oft-updated website, having branched into e-commerce. The brand also works on ongoing collaborations with major fashion and lifestyle lines, pop-up shops and wellness summits. Plus, there’s a Goop print magazine, a podcast and a documentary series that will be on Netflix in early 2020. The details about said series are still very hush-hush. Still we do know that it will consist of 30-minute episodes hosted by the site’s editors, chief content officer (Elise Loehnen, who hosts many of the Goop podcast episodes) and Paltrow herself. In line with the content on the Goop website, experts, doctors and researchers will be featured to examine issues relating to physical and spiritual wellness.

Whether Paltrow is selling jade eggs or vitamins, she inspires other brands and celebrities. Olivia Palermo, Jennifer Garner, Tiffani Amber Thiessen, Reese Witherspoon and Jessica Alba can no doubt credit part of their off-screen business success to Paltrow paving the way.

Paltrow herself—glowing skin, glossy hair, long and lean body—is the poster child for the elixirs she sells. It’s perhaps no surprise that she manages to do so at very high premium. (Her wellness summit tickets were in the four-digit range when they went for sale.) Many women find inspiration in Paltrow, it’s frankly impossible not to want whatever she’s having. To that end, one of her latest ventures is G. Sport, her take on athleisure. Everything is designed with versatility, performance and style in mind. Meaning you can watch Netflix or play tennis and be equally as comfortable in pieces from the carefully curated collection. Talk about Celebrities cashing in on wellness.

When she’s not running Goop, Paltrow is working on cookbooks, of which she already has four. And yes, she also still works on the occasional acting projects. Most recently she has been seen shooting season two of the highly acclaimed Netflix series, The Politician. shop.goop.com

Zac Efron is no longer the squeaky clean, svelte teen we got to know in High School Musical. Ever since his role in the Baywatch movie his body has ballooned in muscle mass. So it’s little surprise that there’s intense interest around his training program and diet. Now, he’s indulging his many fans with a YouTube channel that includes a workout and interview show, Gym Time. Here he dishes on workouts and nutrition. Topics range from using alternative medicine to healing injuries to showcasing Efron in gym workout videos. Guests on the show include fitness experts as well as fellow celebrities like actress Alexandra Daddario. youtube.com

At nearly 50 years of age, Mark Wahlberg looks better than most men half his age, but it’s no coincidence. Few people are as dedicated to staying in tip-top shape as Wahlberg. The man gets up at 2:30 a.m. to work out! And that’s not all. Besides working out for more than an hour in the morning, he does a second workout for an hour in the late afternoon and often sprinkles in golf and cryotherapy too. No one can exercise with that intensity if they’re not fueling correctly. For the actor-producer, it appears that part of that fuel comes from his line of protein powders, Performance Inspired. He also owns a stake in the fast-growing, Australian fitness chain, F45, where many of his early morning workouts take place. pi-nutrition.com and f45training.com

With the help of his parents, Will Smith and Jada Pinkett Smith, Jayden Smith founded JUST Water and then worked to make it soar into a company now valued at over $100 million. While some of that success is fueled by PR opportunities, like when Will drank it on Carpool Karaoke, the company has undeniable merit. They make responsibly sourced water from upstate New York packaged in a bottle made of 82 percent renewable resources and are 100 percent recyclable. Water is key not only for weight loss—many people confuse thirst with hunger—but overall wellness. JUST Water now comes in five additional flavors—cherry, blackberry, tangerine, mint and lemon—and is an amazing way to load-up when on-the-go without involving plastic bottles (though, a reusable bottle is, of course, better!). justwater.com

So many products seem to have a CBD twist these days—from cleaning products to beauty products—and celebs like Whoopi Goldberg are on the cannabis train too. Her mission, she says, is to help women gain easy access to the therapeutic qualities of the marijuana plant, which she is doing via her company Whoopi & Maya. The brand, co-founded by Maya Elisabeth, who has been in the cannabis space for over a decade, makes cannabis-derived Epsom salts and menstrual relief rubs. whoopiandmaya.com

Calia by Carrie is an activewear brand started by Carrie Underwood. While the singer may not be the first celebrity you think of when you think of fitness or fashion, she’s actually very into wellness. Not only is Underwood workout obsessed, she’s also vegan. And a fab example of celebrities cashing in on wellness. With her clothing line she has managed to launch a solid lineup of apparel that’s both relatively affordable and size-inclusive. The pieces are workout staples—everything is designed to be breathable and easy to wash—but not so big on out-of-the-gym style. caliastudio.com 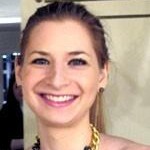 Resolutions for life in the moment

Embracing the Spirit of Autumn